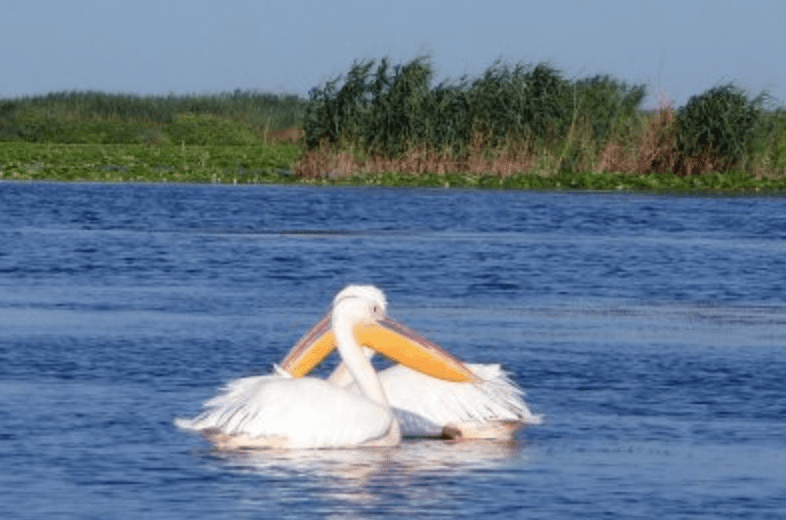 The Danube Delta is by far the most beautiful and remote part of Romania. Many villages are reached only by ferry or shallow boats. The villagers are completely, almost frighteningly, dependent on nature and fishing, in a way we, from our wi-fi worlds, the Internet-of-all-things, social media, canâ€™t even imagine.

The delta is neitherÂ an island or a part of the mainland. It is something in-between, where one of the biggest rivers in Europe finds its way in to the Black Sea.

The Danube Delta is the largest and most remarkable river wetlands in Europe. A UNESCO World Heritage site since 1991, with 50% of its biosphere reserve intact, the region isÂ home to 300 species of birds. Its biodiversity is almost as famous as Australiaâ€™s Great Barrier Reef.

I would compare the Danube Delta with the Norfolk Broads in terms of the vegetation and waterways. The tall grasses, narrow canals where only shallow boats can venture, birds to be spotted nesting in the reeds as you glide silently by on the water, are all familiar. However, all similarities end here.

The Delta covers over 2,000 square miles, and displays an intricate network of canals. There are 3 main touristic routes â€“ Chilia, Sulina and Sf. Gheorghe. Each of them have their own charm and individual attractions.

Leaving the Norfolk Broads behind, imagine a whole forest (Letea Forest) half submerged into the water, where the boat glides amongst the top branches of trees. Where the land eats in, you can watch herds of wild horses galloping across the plain.

Imagine a world of vast, long, and lonely beaches that can only be reached by walking through dried marshes, rough scrubland, and prickly vegetation. Then imagine the whole area flooded in winter time, when the sea can come right up to the edge of the local village.

The Danube Delta is a very authentic, almost primitive world. The cuisine is similar. Itâ€™s just about the fish. Sturgeon is very popular, as hereâ€™s one of the few remaining places in Europe where you can still catch them. Cheese and meat are quite rare; farm animals are rare, too – not enough green grass. You can get some wild boar, if you are lucky.

The villages on the touristic paths are still keeping the authentic style, but the good news is that they offer Internet. A film festival takes place every year in Sf. Gheorghe ( St. George) village. Itâ€™s called The Anonymous and you can have a look hereÂ for details.Â It is the perfect place for such an event. Artists, actors, directors, musicians, and members of the publicÂ  soak in its bohemian air.

If you travel there, you can land in Bucharest, and then take the train to Tulcea. From there, take the ferry to Chilia, Sf. Gheorghe or Sulina (the most easterly point in Romania), or just go on a boat trip. If you need help, please donâ€™t hesitate to contact me.