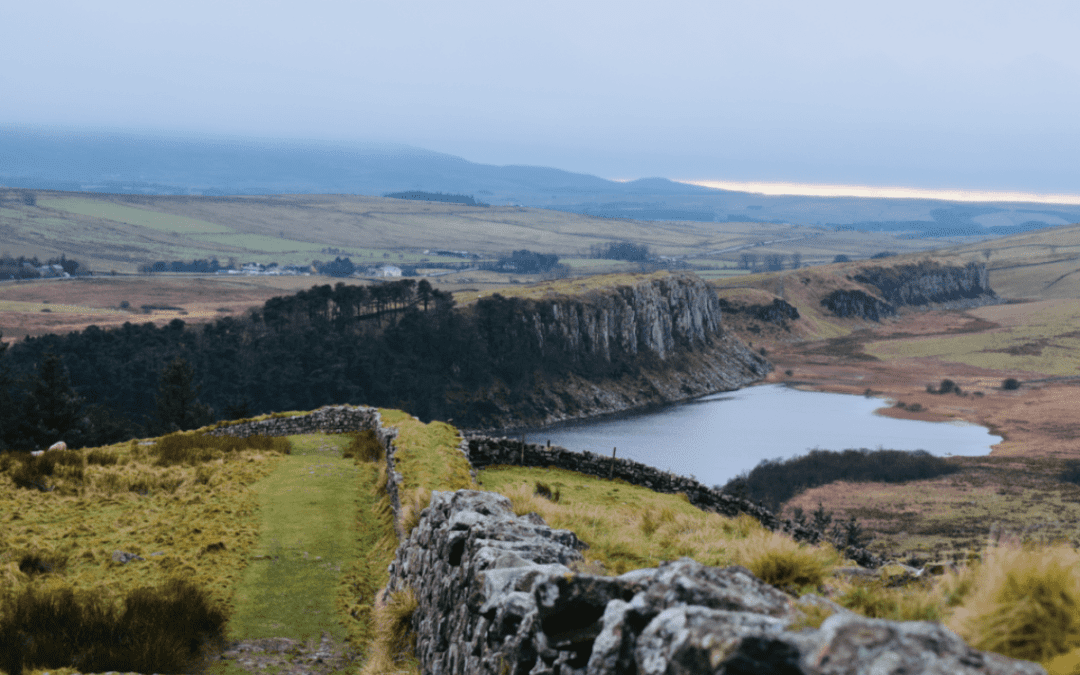 It is such a strange feeling to know that in the 3rd-4th century AD, there were Romanians in England. Actually, the accurate name is Dacians, and they belonged to the Prima Aelia Dacorum (the first cohort of Dacians), Emperor Hadrianâ€™s own 1,000 strong unit, located in Birdoswald, near Carlisle.Â

When I came to live in the UK, I was absolutely astonished by all the historic buildings and vestiges that have stood the test of time. I loved how organisations such as English Heritage and National Trust came to play a significant role in the preservation of this countryâ€™s past, and how people are encouraged to visit them, and keep them alive.

As you can imagine, I had a long list of places to visit, things that Iâ€™ve learnt about in school, from my books, from TV. I read Latin literature (and grammar!!) in college, and our classroom was chosen to be decorated with what the Roman empire represented: its milestones in history, its culture, its Emperors, its conquests. For almost 3 years I had this huge panel on my right, next to where my seat was, about Hadrianâ€™s Wall.Â

So I knew I wanted to see and walk on Hadrianâ€™s Wall!! I really couldnâ€™t believe that this would be possible. So I went to Northumberland! It was February, and we got there quite late in the day – so there was nobody around. Just us and the Housesteads fort, then a path led the way up to a short climb, then all of the sudden, we were walking on this famous wall, quite possibly on the footsteps of Roman soldiers. It felt surreal. The sky and weather were going through one of the most terrible snow-storms in the county that year, but for me it was utter happiness.Â

Those Roman soldiers came from all over the Roman empire. The people in the garrison at Housesteads were from todayâ€™s Belgium. To my surprise, I later found out about the Dacian garrison at the other end of the wall from where I was in Northumberland. I didnâ€™t visit Birdoswald Fort, but I read about it in a book called â€˜The Marchesâ€™ by Rory Steward. He follows Hadrianâ€™s Wall from end to end, and very early in the book, he mentions the Dacians.Â

The Dacians built a series of buildings in the fort, commemorating for instance the construction of the granary with an inscription and the symbol of their fighting sickle: the falx. Their commander, Aurelius Faustus – a Roman tribune, retired as a veteran in Dacia! There is also a tombstone outside the fort at Birdoswald, for a baby whose name was Decibalus – after the Dacian king who took his life when resisting the Roman conquest.Â

I loved this story in a story, like a surreal mise-en-abyme connection. I felt I was not only part of Rory Stewardâ€™s journey, but also part of the Daciansâ€™ journey. Itâ€™s funny how there is evidence about Romanians in the Roman times 4000 miles away from the actual country. I am sure that when the Roman empire left, not everybody went with them. So there must be some ancient Romanian roots in these parts of the UK. Is it just by accident that I now live in the North? Or perhaps it is more like finding my ancestorsâ€¦