Food in a 40sqm apartment 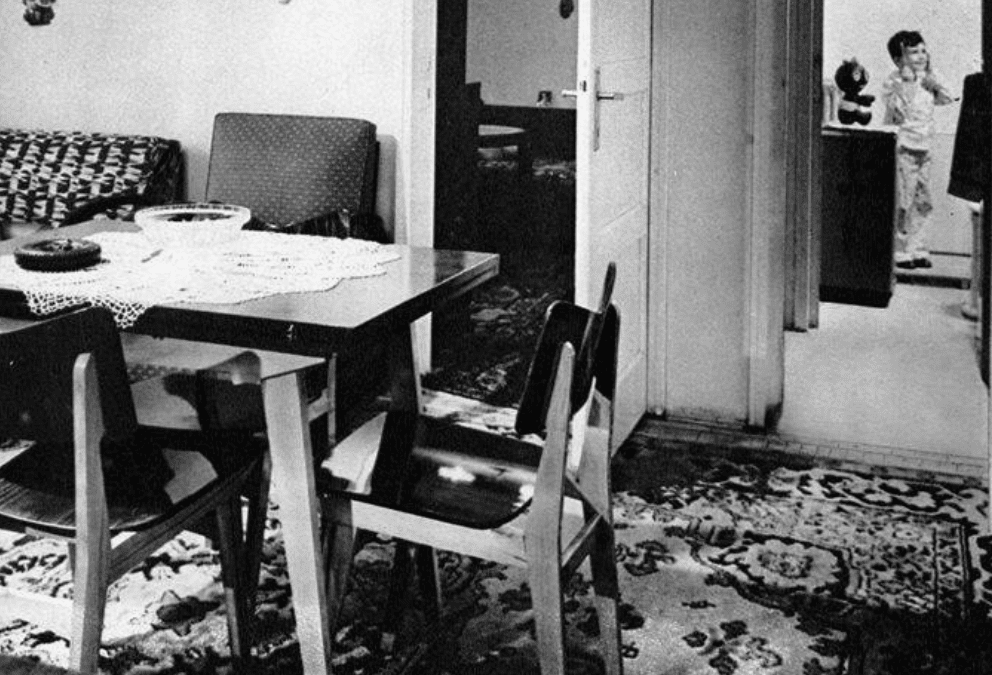 I know that it sounds small, but I donâ€™t remember it like this.Â

I remember opening the door to the pantry and feeling like I had entered a world of little pots of delicious temptations. Jars of jams, compotes, confiture, zacusca, sauces, were all waiting to be devoured. They were also arranged by category and any little change to their position would have been noted.

This pantry wasnâ€™t the only place where we stored food. There was the balcony, too. This was a recessed type of balcony with its own story. One year there was a directive from the party that everybody had to â€˜close the balconiesâ€™ – meaning to put a metal frame and windows, to make it more like a room. Another year, there was another directive to forbid us â€˜to close the balconiesâ€™ – so we all had to take the frames down. These were related to Ceausescuâ€™s mood, whether he liked them â€˜closedâ€™ or â€˜openâ€™ when he drove through the capital on his way to work.

In our balcony, we had a built-in cupboard, that was usually full of preserves and pickles. There were also the twiggen bottles with plum brandy (tuica), with the sour cherry liqueur (visinata), and the ones with white and red wine. In the opposite corner of the balcony, there was the barrel for pickled cabbage!

Every December, the same balcony was transformed into a â€˜cellarâ€™ We had all of our charcuterie drying there, hanging from the ceiling, before it went in the freezer.

There was the freezer, too. My dad had a â€˜connectionâ€™ at one of the shops selling electrical goods (when they had them), and managed to buy a freestanding small freezer, under-counter style. We just didnâ€™t have the â€˜counterâ€™, and actually put it in a small corner in the living room, replacing some of the shelves of the book case. We had (still have) a huge amount of books, so we put some on top of the freezer.

Everything we had was stored in these 3 cardinal points of our apartment. There were cupboards in the kitchen too, but not too many because we needed to fit the table in. The answers to all our questions regarding food were: â€˜in the pantryâ€™, â€˜on the balconyâ€™, â€˜in the freezerâ€™.Â

To me, these places were magical, much much bigger on the inside than on the outside!