Where my grandmother lived 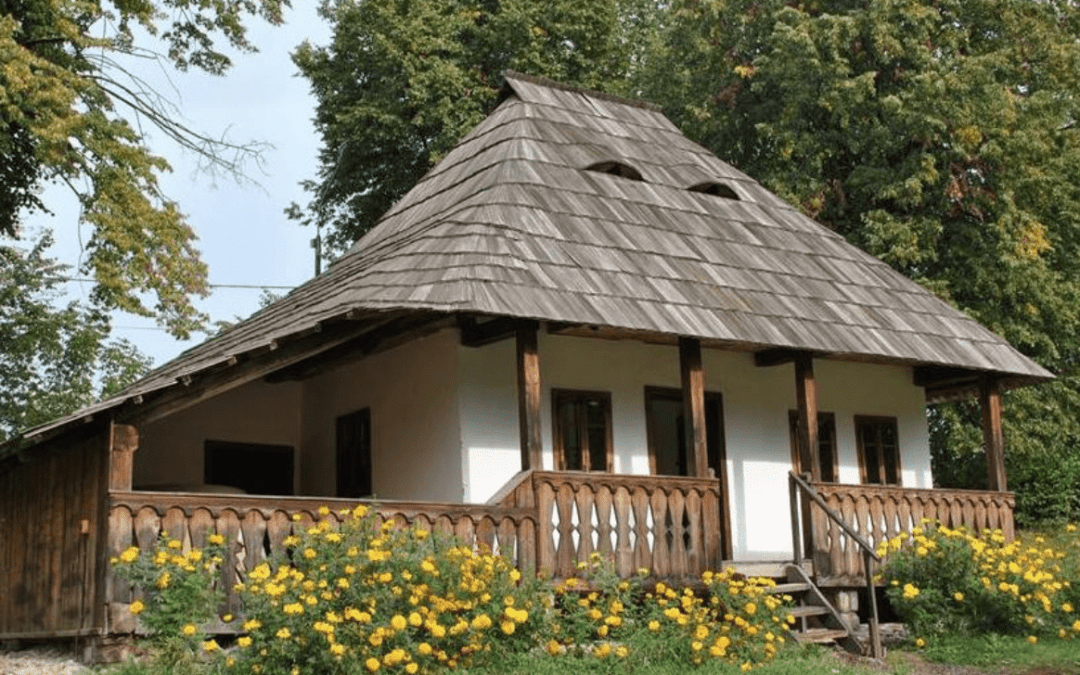 I mentioned in my previous post that I grew up in an urban environment, a 40sqm apartment in Bucharest – a home to 4 people, plus a grandmother for 6 months of the year.

But where did she live for the other 6 months? This is where our luck starts, you see.Â

My father is originally from a neighbouring county to the capital Bucharest, a place with wheat and corn fields, sizzling hot summers and long, narrow villages.Â The flat plains of southern Romania allow for villages to extend in length rather than in width – besides, everybody wanted to have a house â€˜on the main roadâ€™.Â

Both of my grandparents were primary school teachers in the village, with my grandfather, Constantin, having been the head-master until he went to war. My grandmother, Maria, was a stubborn character, used to doing things her own way, which probably kept her alive during the war. There are stories in the family about Russians raiding the household for food, chickens or eggs.Â

My dad grew up to be single-minded and with very clear goals in mind. My grandmother wanted him to become a farmer and get a tractor – this would have been the epitome of all success.Â He had other ideas: to become an engineer in the capital. Later on, my grandma would tell us this story in the dark, electricity-rationed winter nights in our apartment, how she had given us a father who was an engineer. She was totally proud of him.Â

Before the war, my grandparents lived in the head-masterâ€™s house. After the war, during which my grandfather was wounded, and also probably because of some sort of â€˜regimeâ€™ change in the village, he was asked to step down from the head-master position. Their allocated house, although smaller and more traditional, had a good sized plot of land at the back.Â Later on, my grandmother was to live there on her own, all alone. So in our harsh Romanian winter months, she used to live with us in the apartment in Bucharest. It was safer this way, and we could look after her.Â

After the revolution in 1989, we totally took over her old house, built a new one for her, and donated the old one to the Village Museum in Bucharest. However, the exciting thing was the transformation of the garden.Â  We had the most amazing and fun times growing tomatoes, cucumbers, onions, garlic, aubergines, runner beans, courgettes and so many more. We even planted trees: apples, pears, apricots, sour cherries, and quince.Â

The whole family was involved. At the end of long working days, we used to set a wooden table outside in the garden, light a BBQ, drink home-made wine and sing songs.Â

Remembering these times makes me nostalgic. I learned a lot in those years, not only about growing your own vegetables, but in the kitchen too. We had more space to make our own tomato sauce (in huge cauldrons set over a fire in the garden, not in the tiny kitchen in our apartment), and more space to store the barrels of fermented cabbage (not being restricted to just one anymore, on the balcony of our apartment). The times had changed.Â

Read about how our family of 4 -5 people managed in a 40sqm apartment.